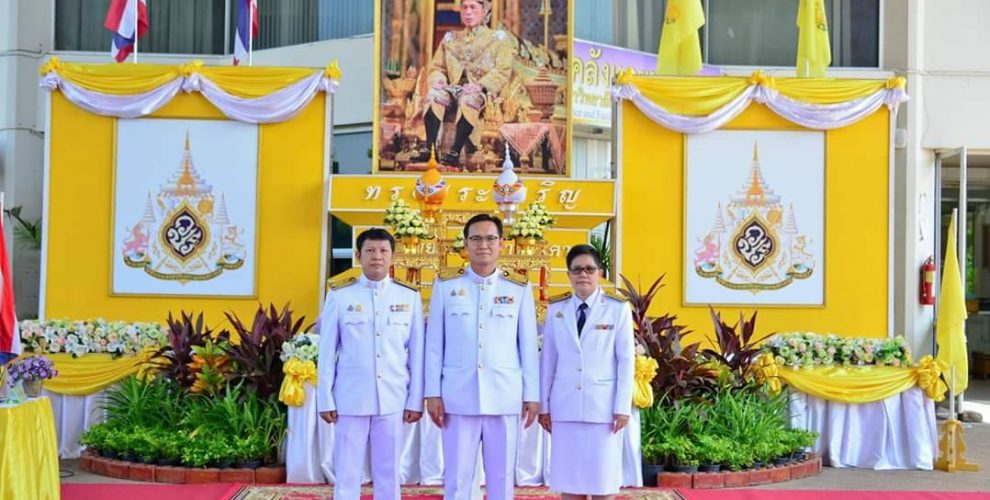 Today (July 24, 2020) at 10:09 a.m. Paleontology Research and Education Centre Mahasarakham University organized the official ceremony to celebrate the auspicious occasion of His Majesty King Maha Vajiralongkorn Phra Vajiraklaochaoyuhua 68th birthday anniversary, taken place on July 24, 2020, at the President’s building, Mahasarakham University. For this occasion, the MSU administration led by Assoc. Prof. Dr. Prayook Srivilai, the President who presided over the ceremony along with administrators, deans, directors and staff took an oath of allegiance to show the loyalty to His Majesty King, and maintain virtue of being good officials and power of the land regarding the Government’s stipulation to honor and celebrate His Majesty the King’s Birthday anniversary this year.

Besides, Mahasarakham University also attended various activities including, the making merit ceremony, the Signing ceremony and a candle-lit ceremony to mark the honor towards His Majesty King Rama 10 on His Majesty the King’s Birthday anniversary, which were carried out by the government and other sectors during July 25 – 28, 2020. For each of the activities, the MSU representatives together with other attendees always vowed to be good government officials, be the power behind the country, and carry out the duties to ease the people’s problems and improve their well-being by following the path of His Majesty the King.

The Center for Paleontology Research and Education participated in the “EdPEx Excellence Education Excellence Program”.